THE ISLAND OF ALL GRACES 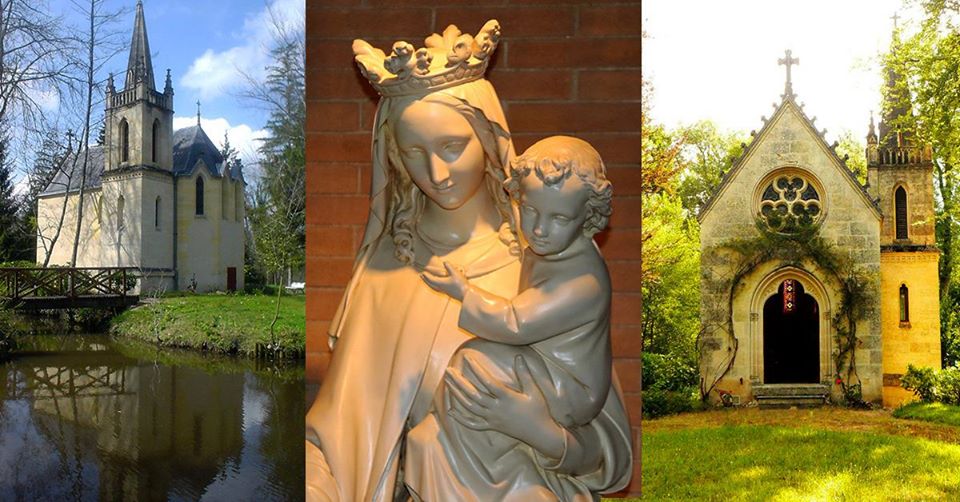 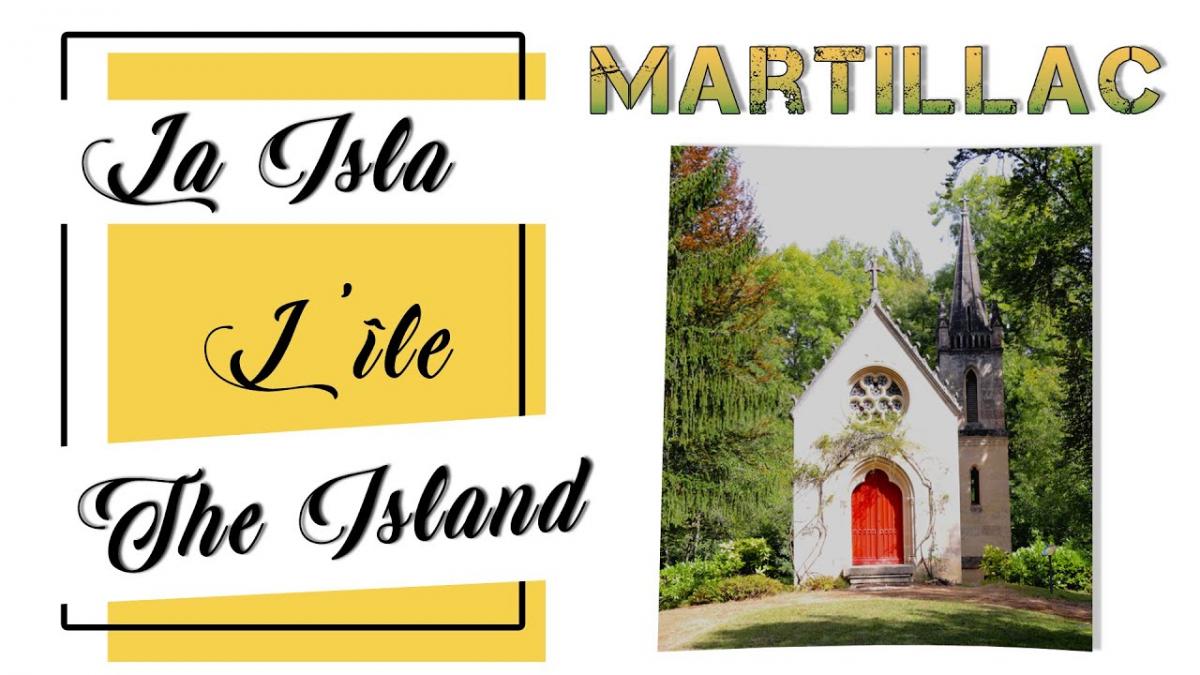 When Good Father came to Martillac and went for a walk to dream about his Works and his plans for the future, he too used to stop at that secluded place.  All that could be heard there was the singing of the birds, the murmuring of the stream and the chirping of the cicadas.  The noise of the world did not reach there and even the local people hardly ever passed by.  It was a desert, a place of retreat, a sheltered space.  The woods that encircled it were its horizon and we could say with Lamartine:

It is here, surrounded by a rampart of greenery

And a narrow horizon which satisfies my gaze,

And alone and surrounded by nature,

To hear only the waves and see only the sky.

When he was dreaming about his Works, the Good Father always prayed and entrusted his plans to Jesus, Mary and Joseph.  He called especially on the all-powerful protection of Mary.  It was when speaking to her about his Daughters that he had the idea of building her a place of prayer and pilgrimage where they could come often to pray to her and consecrate themselves to her service.  At first, this venerable Father thought of a grotto or a chapel with a picture of Our Lady.  But an enclosure was needed, some kind of barrier to protect it from desecration and the streams were too easily crossed to be of any use.  “But if the streams were widened?” the Good Father wondered one day.  “If they were wide enough to form a kind of river?  If the water from the well in the garden were merged with the water from St. Rose’s Well and the Cape stream, there would be enough to produce a magnificent stretch of water.  If this uncultivated and isolated hillock were surrounded by water, it would become an island, and this island would belong to Mary.  The Blessed Virgin would have her altars, her devotion, her veneration.  I would want her to be there as Queen, the dispenser of all graces.  ‘All through Mary’ is half my motto.  Mary is the source from which flow all the graces and favours of Heaven!  Mary would be invoked here under the title of Our Lady of All Graces.” 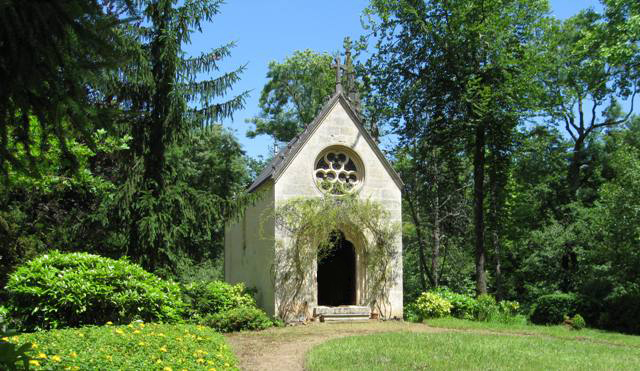 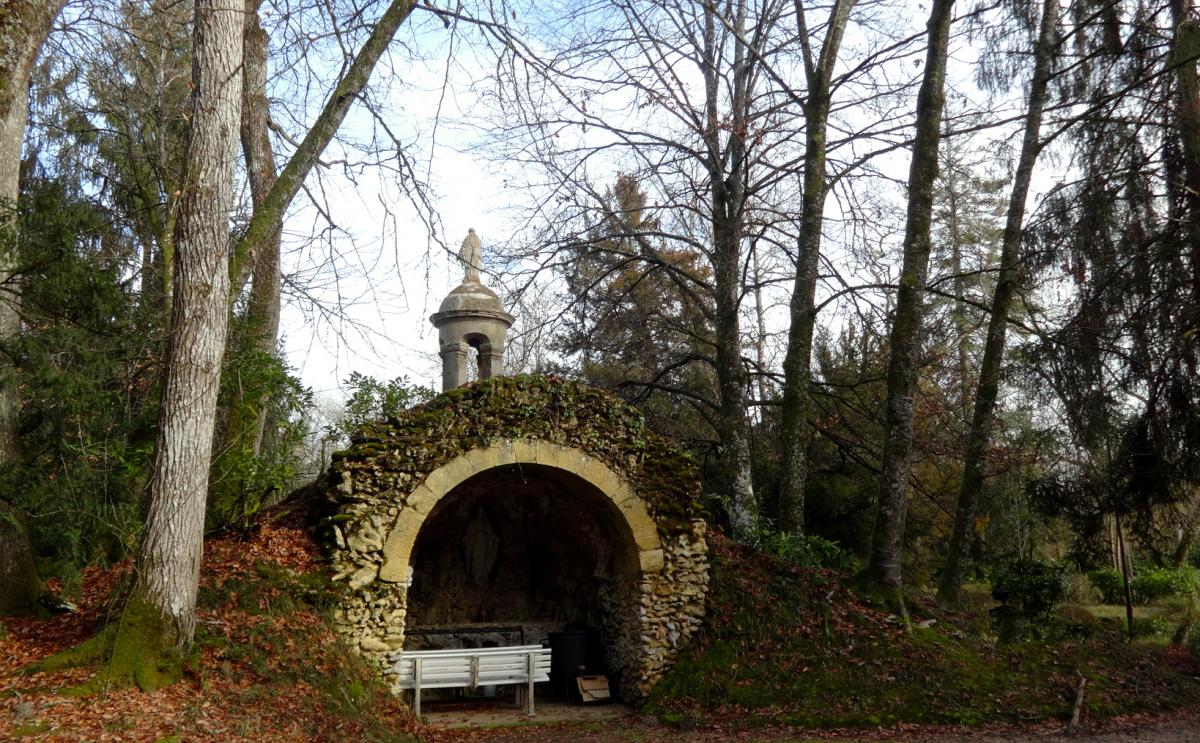 The Good Father’s thought was taken up by the angels, brought to heaven and blessed.  Then Providence took on the task of bringing it to fruition.

To begin with, the stream was supposed to be six metres wide; then another metre was added, and then another.  The gradient of the slopes had to be modified and finally the present width was reached.  It was the alders that fixed the boundaries.  Those heaven sent trees, which seek out marshy places, whose seeds are sown naturally and which grow unaided on the banks of streams, make the ground firm and form dams.  The earth from the trenches was thrown on to the island.  This levelled out the land and formed the mounds that are still there today.  Our Good Father put these to very good use in varying the different aspects of the island and removing the unpleasant monotony of flat ground.

The grotto was built at the same time as the land was being arranged and as soon as the workmen withdrew, Mary, Our Divine Mother, was honoured there.  At first, a picture of Our Lady with her hands outstretched towards her children was used.  Then the present statue was given as a token of gratitude and love by a woman who had returned to grace and owed the strength of her virtue to the prayers, advice and counsel of our Good Father.  I will say a few words about Madame Lefort later on.  She is edifying enough to be of interest to you.

The Island of All Graces came into being towards the end of 1836.  Our Good Father was forty three years old and the Society had been in existence for sixteen years. 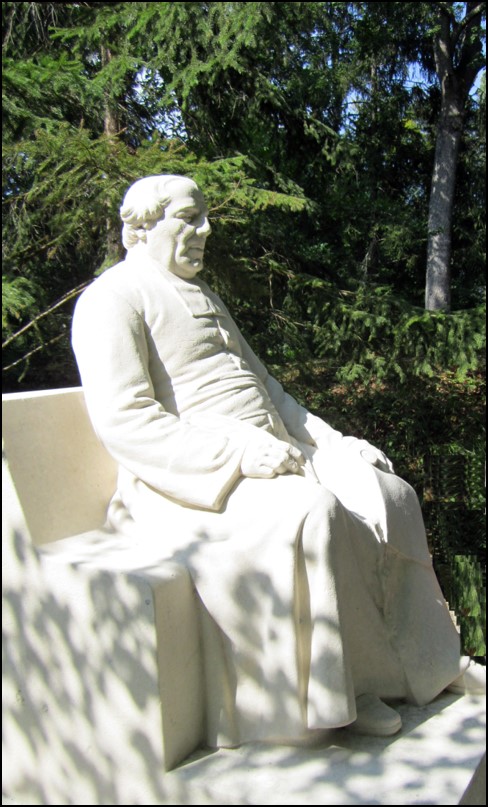 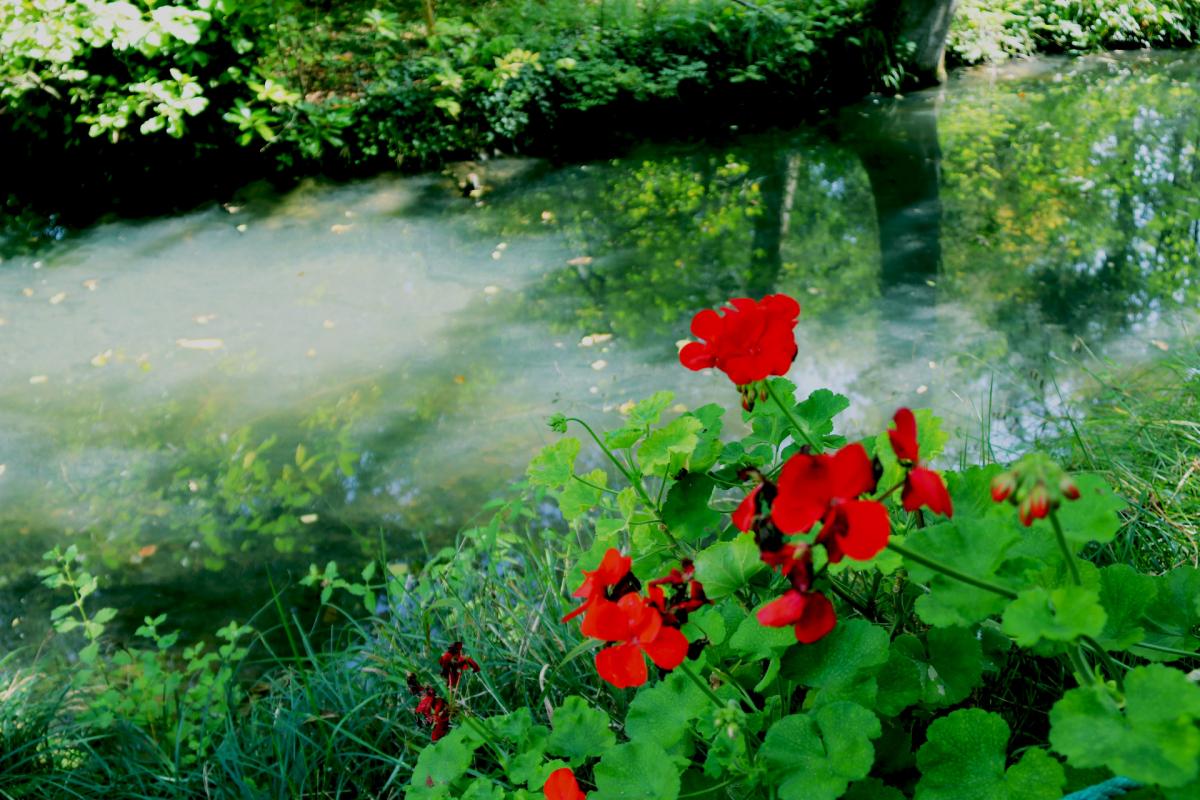 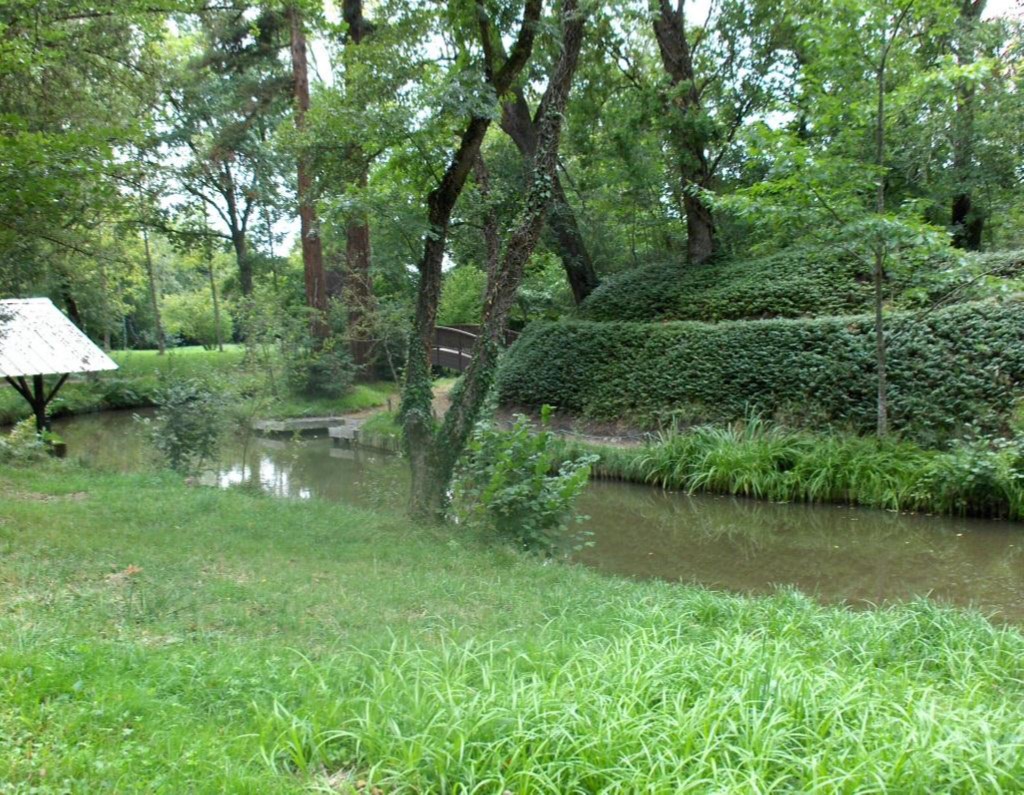 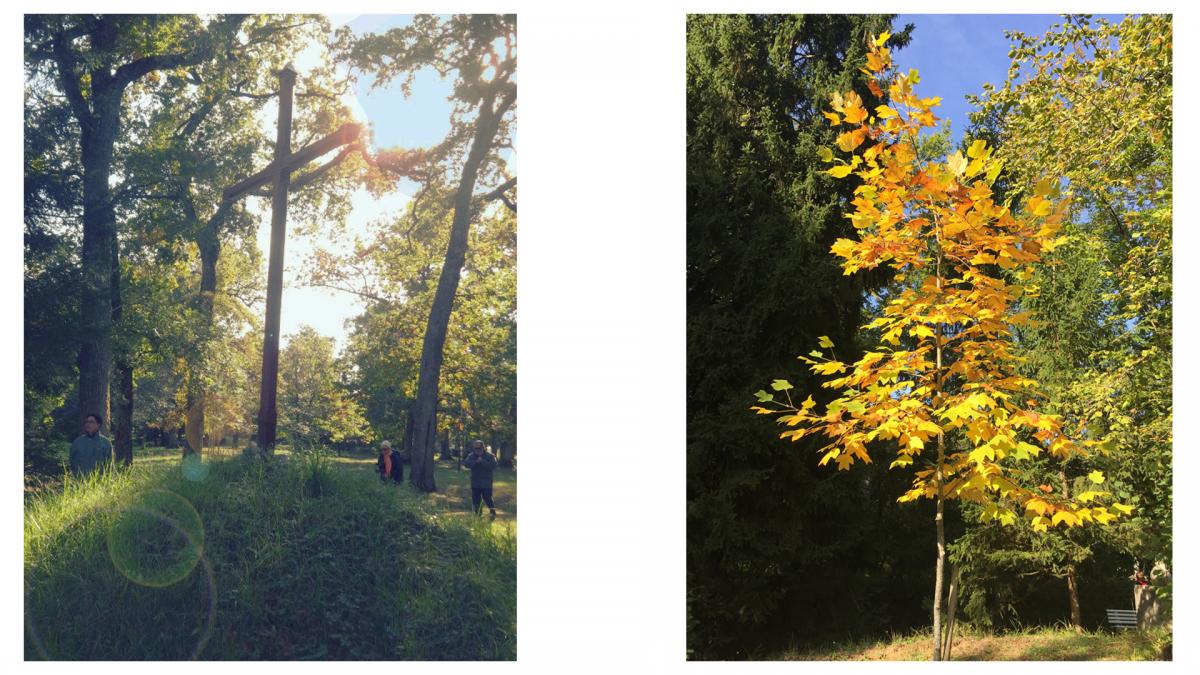 The Island of All Graces was completed and the water around it flowed clear and limpid to where it merged with the Cape stream.  The diggers congratulated themselves on their work and the Good Father was happy.  Part of his dream had come to pass.  He felt that Mary’s protection would help him to achieve the Works he was thinking about.  He was praising God when suddenly an accident shattered his consoling thoughts.  Neither the weight of the water nor its driving force had been calculated properly and, at a time when it was least expected, it burst its banks and carried away all the works of the sluice, several trees and plants and a huge amount of soil in the midst of which was found a rich layer of shells. 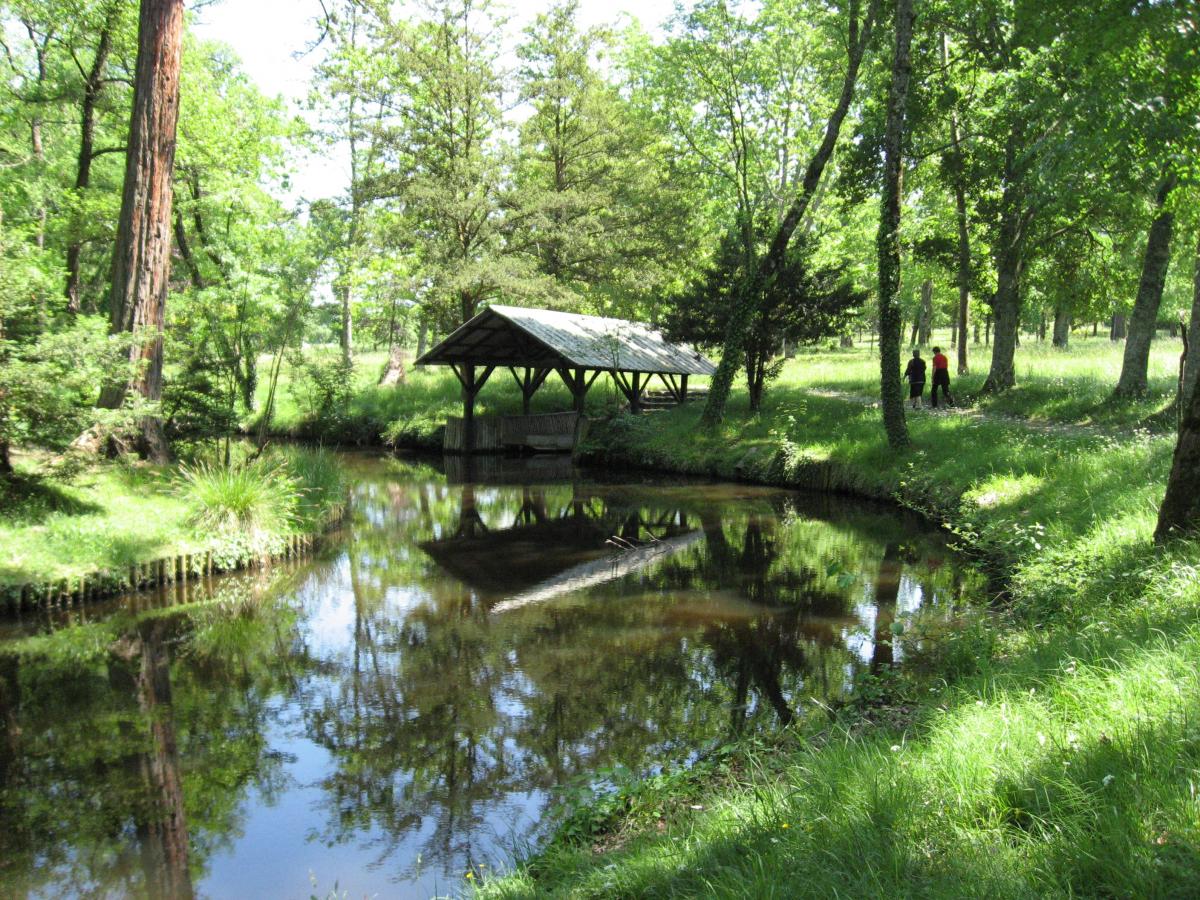 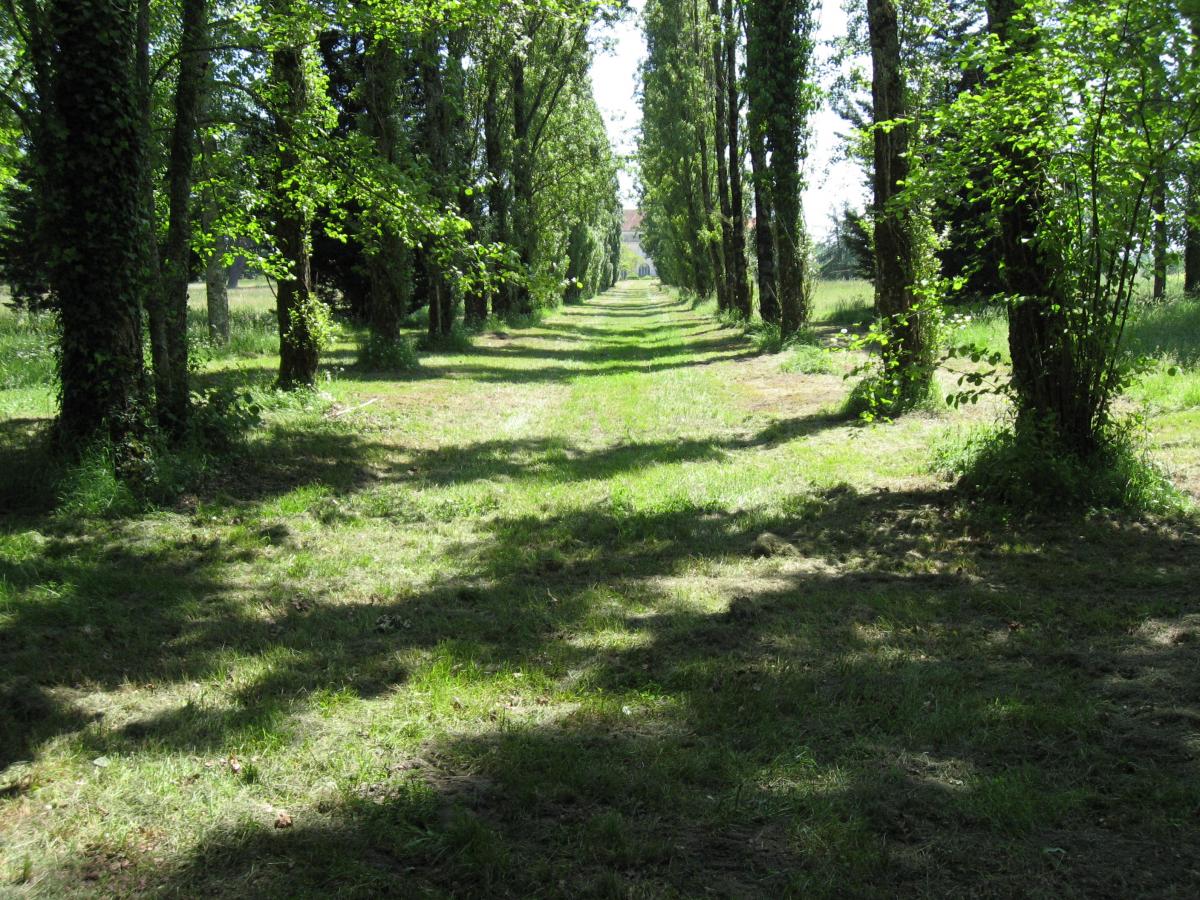 This was a terrible and a devastating event.  But since these kinds of accidents can be overcome, Baptist, Baillet and their retinue were sent for.  The banks were rebuilt solidly so that the river could flow again, the fish could return and the island could remain an island.  Among the numerous fossils of shells that could be seen the day after the catastrophe, a ‘hermit crab’ was found as desiccated and ossified as the shell it had lived in.  If it could have come back to life, given its impressions and recounted all it had seen and heard, what strange things it could have taught us.  Where did it come from?  What beach had witnessed its birth?  How long had it been buried in this corner of the globe?  How did it arrive in the Martillac wood so far from the sea where it had been born?  How many “hows” and “whys” we could have asked it, if it had been able to hear and understand!  How many meditations we could have made on the multitude of living and dead creatures that were crushed under the layers of sand only to re-appear one day marked by Providence!  But we know that the same thing will happen to us and that we must abandon our mortal body to the earth that will bury us when we die.  Only more fortunate than the ‘hermit crab’, ‘we will rise again!

'hermit crab' - means a crab which lives in a cast-off mollusc shell for protection.